From 1964-1967, the NFL cards were printed by the Philadelphia Gum Company. Topps only printed AFL cards during those 4 seasons. Beginning in 1968, the Topps set included NFL and AFL players, so this is the last AFL-only set.

Here are the 2 checklists. Unlike the baseball sets, the Topps (and Philly Gum) football sets were organized by team prior to 1968. 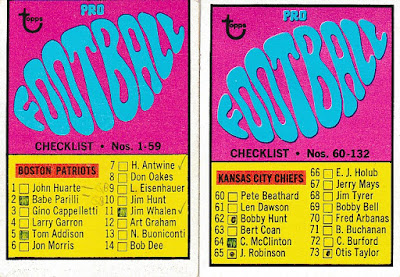 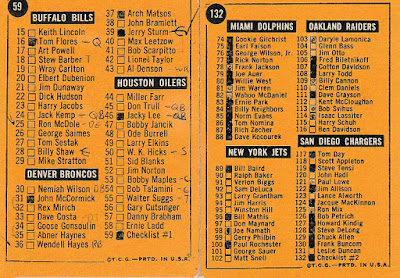 These are marked with all the cards I have, except that I have all of the Chiefs' cards (except Bert Coan). Last year I bought all the Chiefs cards (previously having only the the Curtis McClinton card) so that I would have all the 1966 AFL champion cards.  But Coan's card was double the price of any other Chief, so I passed.  I mean, who is Bert Coan?  I never heard of him.


I only bought one pack of AFL cards in 1967, which included these: 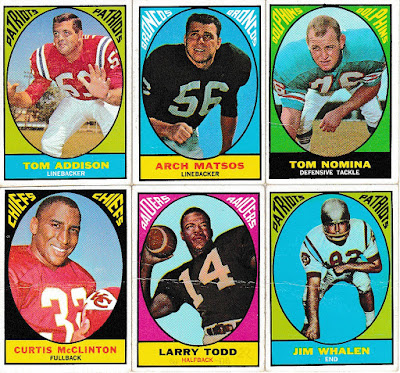 Each pack included an insert card, showing a pennant. At first glance it looks like a legitimate sports team, but the fine print says otherwise. The Air Force card came in my first pack. 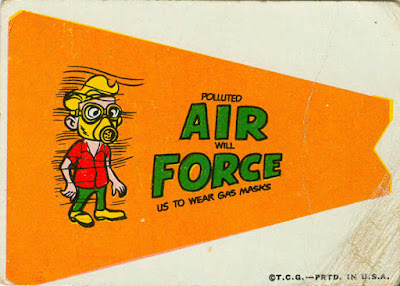 I got this one years later, but it's my only other one, so here it is. 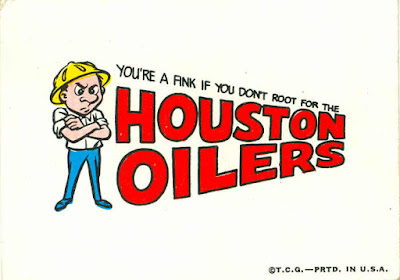 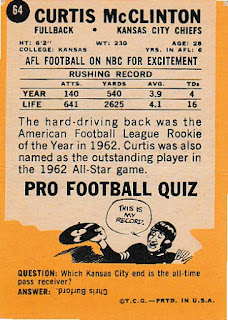 I have most of the Chiefs, Dolphins, and Chargers cards, but only a few of the others.

Posted by Jim from Downingtown at 3:35 PM