The cards for all 16 NFL teams in the 1967 Philadelphia Gum set have been posted, so now it's time to wrap-up the loose ends.

There were 2 checklist cards. I have all the cards in the set, but did not check off the last two (Don Meredith, Bart Starr) that I got after starting this blog. 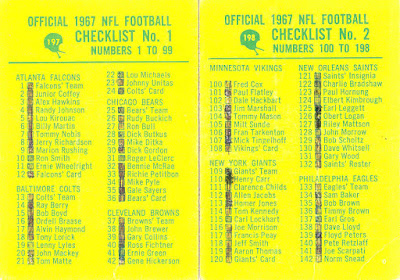 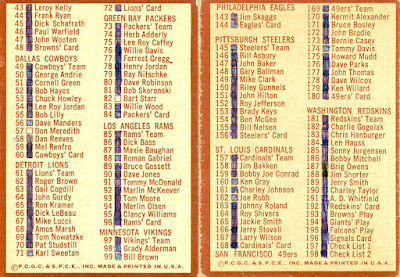 Each team card (except the Saints) had a referee signal described on the back. Since there are more than 15 signals,  the next 2 cards picked up the excess. 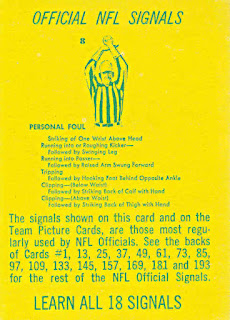 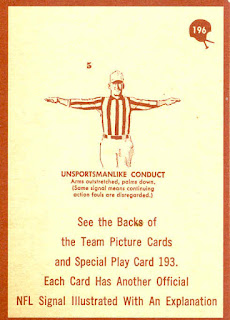 In previous seasons, each team had a "play" card, but with the addition of the Saints in 1967, only 3 play cards were included, so that the 198-card set size could be maintained.

Well, that's it for the NFL cards. I will be posting some Topps AFL cards next. I have most of the Dolphins, Chiefs, and Chargers cards, but only a handful of the remaining cards in the set.

Posted by Jim from Downingtown at 8:00 AM