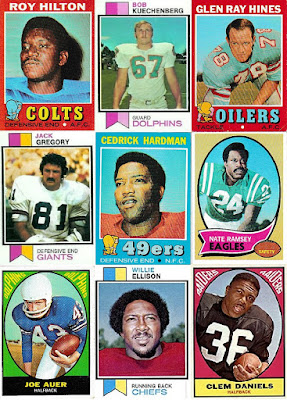 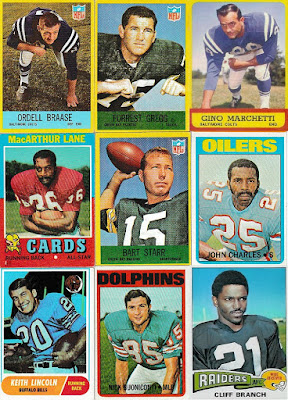 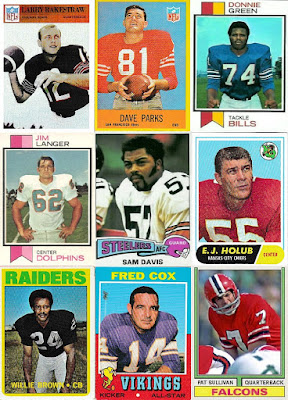 Posted by Jim from Downingtown at 5:09 PM No comments: Links to this post

Wow, it's been 4 years since I've posted a team set on this blog (and there's only one left to go in the Philly Gum 1967 card set).

I had scanned these Redskins' cards in December 2016 and actually composed this post shortly after that, but as I was nearing completion, Google Blogger had one of its hiccups, moving the cursor to "select all" the text, so as soon as I typed something, everything else was deleted, and it immediately did an autosave! 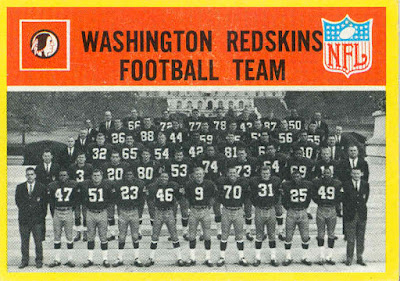 The Washington Redskins finished with a 7-7 record in 1966, 5th among the 8 teams in the Eastern Conference. In 1967, they regressed to 5-6-3, finishing ahead of only the expansion New Orleans Saints in the 4-team Capitol Division. 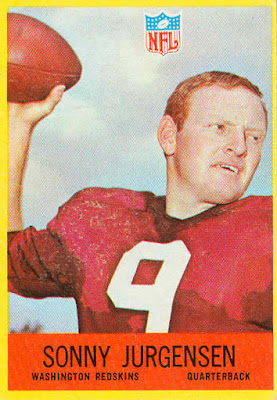 Sonny Jurgensen quarterbacked the Redskins since coming over from the Eagles after the 1963 season. From 1971-74, he was the backup behind Billy Kilmer, who was acquired from the Saints. 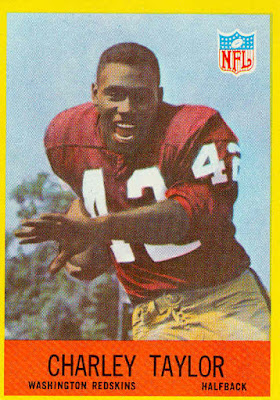 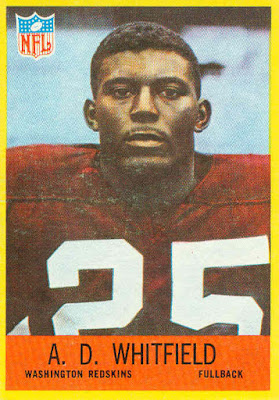 After a few games with the Cowboys as a rookie in 1965, A.D. Whitfield was traded to the Redskins and was their starting halfback in 1966 and 1967. By 1969, the 'Skins were using rookie Larry Brown at halfback and Whitfield was out of the league. 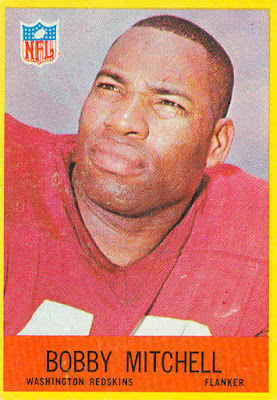 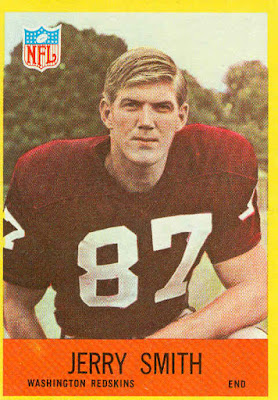 Jerry Smith was drafted in the 9th round by by the Redskins in 1965, and played his entire 13-year career with Washington.  Smith was a starter from 1966-75, playing tight end every season except 1968 as a flanker. He was a 2-time Pro Bowler. 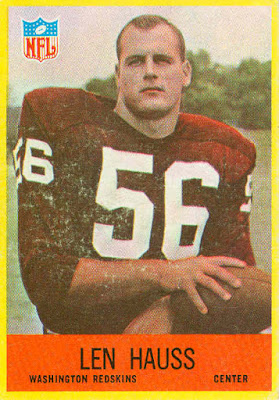 Len Hauss was the Redskins' 9th pick in the 1964 draft. He was the starting center for every one of his 14 seasons with Washington, starting every game except 2 during his rookie year. He made the Pro Bowl 5 times. 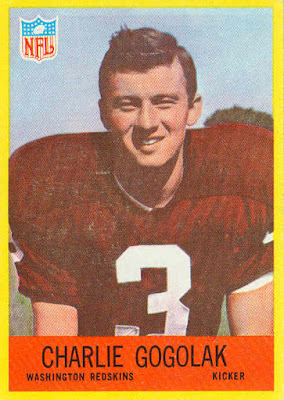 Charlie Gogolak was born in Hungary and went to Princeton. His brother Pete went to Cornell and kicked for the Bills and Giants. Together they were the first 2 soccer-style kickers in pro football. Charlie was the 'Skins' #1 pick in the 1966 draft, and kicked for Washington from 1966-68. He also kicked for the Patriots from 1970-72. 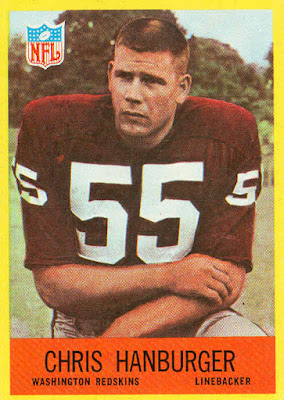 Chris Hanburger played his entire 14-year career (1965-78) with the Redskins. He was their starting right linebacker for 12 seasons. He made 9 Pro Bowls, and was inducted into the Hall of Fame in 2011. 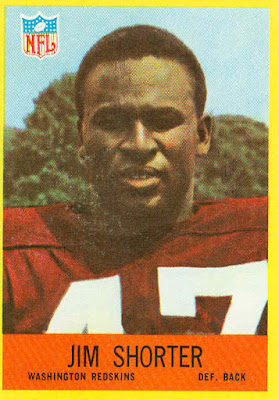 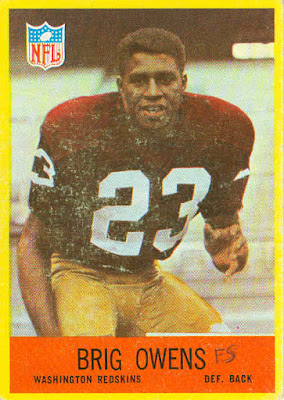 Brig Owens was drafted by the Cowboys in the 7th round in 1965, but did not play for them. He was a starting safety for the Redskins every season from 1966 to 1974, collecting 35 interceptions during that time. He was a backup safety in his final 3 seasons for Washington (1975-77).

The Redskins joined the NFL in 1932, one year before the Eagles.