This set included 160 players (10 per team), plus team photo and logo cards, checklists, and a few other miscellaneous cards.

As expected, the Packers lead the way (even without a card for Jim Taylor). 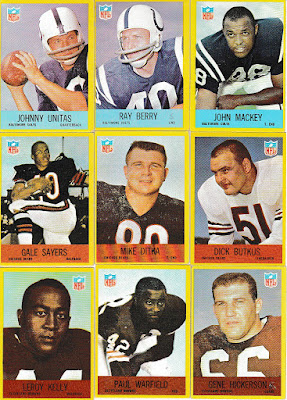 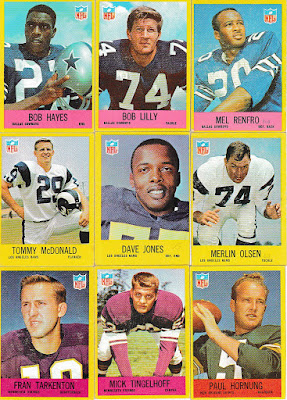 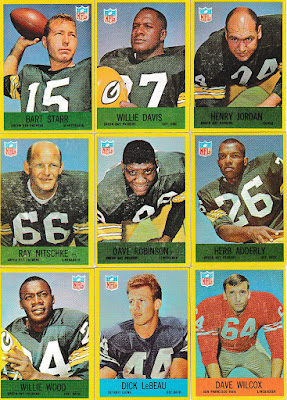 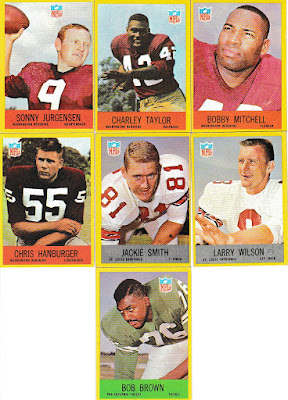 Actually it is 35 in the set and Packers 8,you forgot about Forrest Gregg.