Here are the 1967 Vikings. All but Dale Hackbart are pictured in their classic purple jerseys. I like these late-1960s jerseys much better than the early 1970s Vikings' jerseys, which look too much like New York Giants' jerseys. I think my 3 favorite NFL jerseys are the Packers (green w/gold arm stripes), Vikings (purple w/white arm stripes and gold edging around the numbers), and the Steelers (black w/gold arm stripes). I also like the Miami Dolphins' jerseys (teal with orange trim).

I got all of these cards back in the day except for Bill Brown. 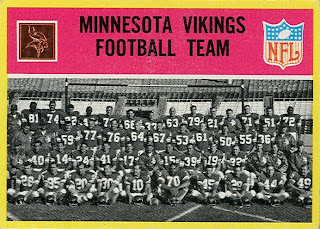 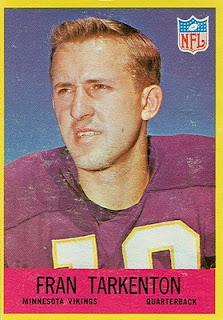 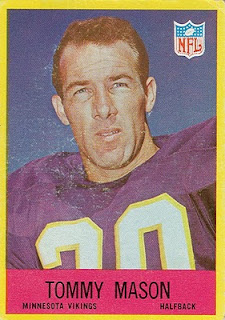 #104 Tommy Mason - Mason was the Vikings' #1 pick (1st overall) in the 1961 draft (the team's 1st season). He played 6 seasons with the Vikings and 3 with the Rams before wrapping up his career with the Redskins in 1971. In the 1970s he was married to former Olympic gymnast Cathy Rigby. 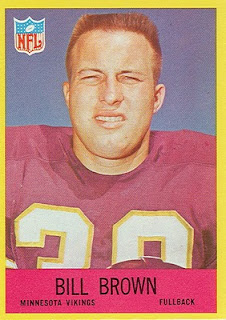 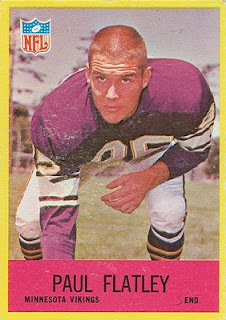 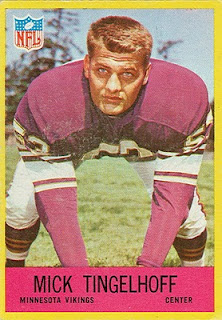 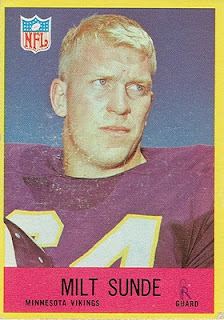 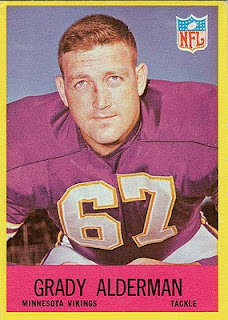 #98 Grady Alderman - Grady was drafted by the Lions in 1960, and joined the expansion Vikings in 1961. He was their starting left offensive tackle from 1961-73, missing only 2 games during that time span. Alderman retired after the 1974 season. 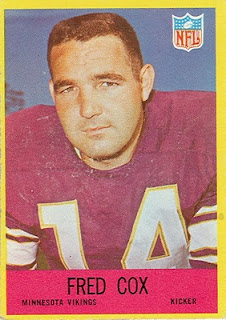 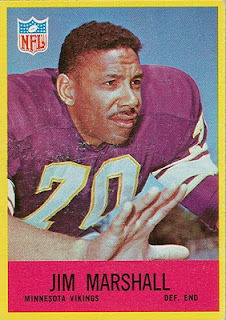 #103 Jim Marshall - Marshall started every game during his 20-year career (282 regular-season games) which included 1960 with the Browns and 1961-79 with the Vikings. He was the starting right defensive end in every season except 1961, when he played left defensive end. (The back of this card mercilessly states "He will always be remembered for picking up a 49er fumble and going 66 yards to the wrong end zone for a SF safety.") 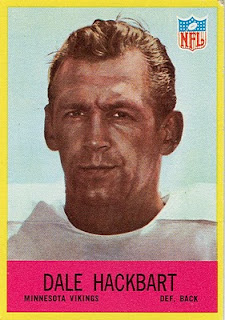 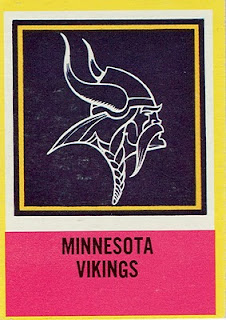 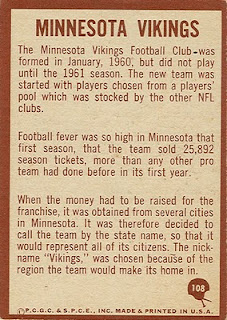 
Next time: New York Giants
.
Posted by Jim from Downingtown at 8:29 PM