20 players were on an AFL roster every season the league operated.


These 3 players played in EVERY AFL game! (Gino Cappelletti and Jim Otto for 1 team.)

These 14 played every season. The first 7 did it for just one team. 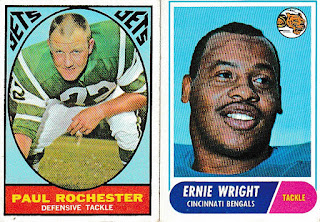 These three missed a season due to injury, but were on the roster.

Posted by Jim from Downingtown at 2:42 PM